"I’d Rather Enjoy A Risky Freedom Than A Safe Servitude," Small Business Owner Tells The Bureaucrats To "Get Out"

Why are Great Reset elites concerned about public’s anger? What is their scheduled date for completion?

Letter to ICAN and Bigtree Re Mask Requirements

Wilson: Why America’s Burning and How to Fix It 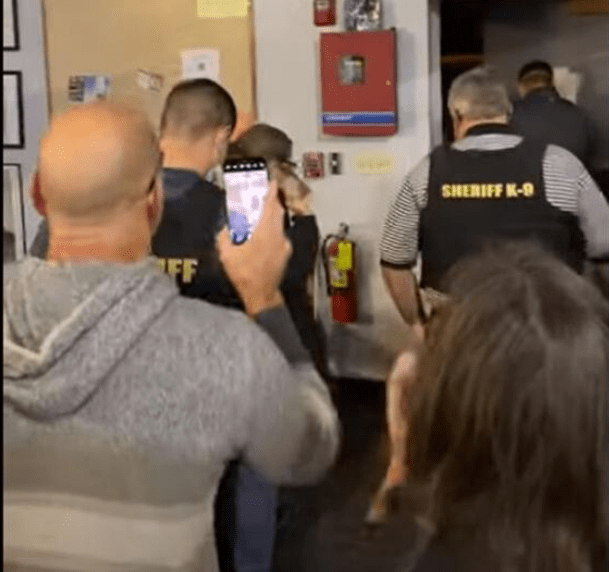 Robby Dinero had had enough of New York State’s tyrannical lockdown restrictions.  As owner of Athletes Unleashed in Orchard Park, New York, he organized a meeting Friday night to discuss how to survive their state’s unconstitutional restrictions.  “I called this meeting together so we could protest the closing of small businesses, the handpicking of winners and losers,” Dinero said.

“I’d rather enjoy a risky freedom than a safe servitude,” says the 14 yr veteran US Marine.

On the 18th, Dinero posted this announcement to Facebook, “Any WNY [West New York] BUSINESS OWNER who wants to stay open, take a stand, and fight back against NY please join me this Friday at 1900 at Athlete Unleashed, Inc. for an organizational meeting.

Join me and learn how to fight this madness”

More than a hundred Buffalo area business owners and constitutional patriots met inside Dinero’s gym to brainstorm ways to get through the Orange Zone lockdown restrictions.  About 20 minutes into the meeting, the Erie County Sheriffs Office and Health Department showed up.  They demanded to shut down the meeting, telling them they violated the restriction limiting gatherings to no more than 10 people.  Yet ultimately, the bureaucrats were the ones to get kicked out of the gym when the concerned, and angry, citizens demanded to see a warrant.

“It’s more about freedom,” Robby Dinero said in May.  “Our rights are protected by the first amendment, which includes our right to assemble, and my 14th Amendment right to due process, as well as life, liberty, and the pursuit of happiness.”

Dinero said. “I’m an American.  I fought for this country.  I fought for the right to live free.  But I’d like to be able to push back with something more than saying, ‘Dammit I wanna open.”

When asked what he might say to those who believe his actions are indeed endangering public health, he replied, “I would say that the same amendment that protects my freedom to assemble protects their right to say those things.  I don’t begrudge them that opinion nor their right, if they are fearful, to stay home. I respect their right to do that.”

The official from the Health Department said that a “report” had been called in but said she had no idea by whom.  A spokesperson for the Erie county health department said on Saturday, “we are gathering information and will have more to say at our press conference on Monday.“