Article: A Quick Look at How the COVID Lie Has Morphed

Article: The 3 Phases of Lies In Development of COVID-19 Vaccines

Article: John MacArthur Wakes Up - Will Other Churches?

Article: Trump Strikes Out with His Voter Base, Plays Ball with Medical Tyranny 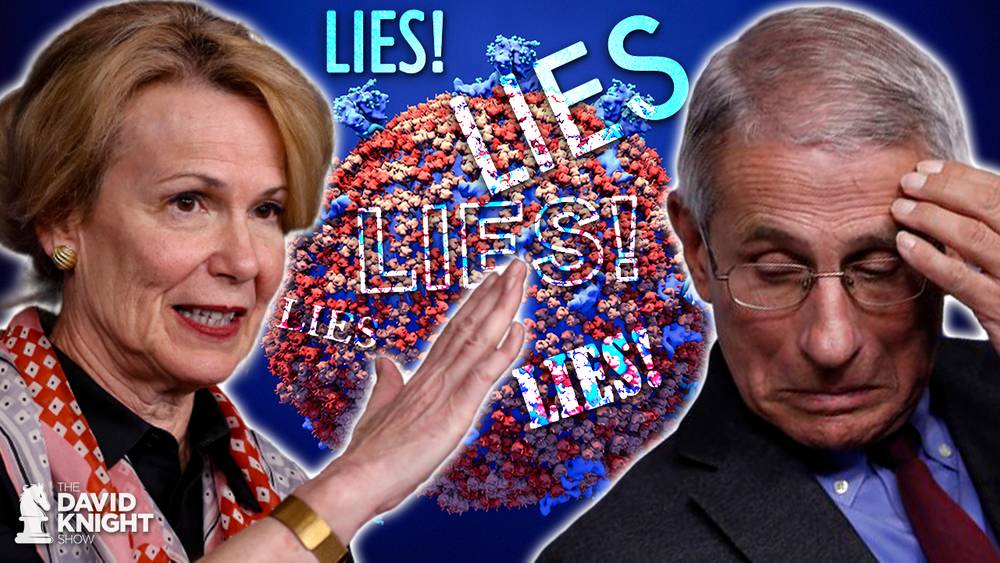 Let’s look at how the COVID-19 lie has evolved…

First, the media downplays the risk from China. We had Fauci downplaying it, the WHO downplaying it. We had Nancy Pelosi ‘easing outbreak fears’ by eating in Chinatown (and if you don’t eat in Chinatown, that’s just racist!). Don’t close the borders, keep them open or you’re xenophobic.

Then Trump closed the border and immediately they did a 180°. Now, they blame Trump for keeping the borders open too long. All the deaths are on him! They flipped just like that (and they can do that because they have a monolithic media monopoly). They control the narrative and everybody believes everything they say because they’re all saying the same thing. No dissent is allowed, dissent is purged, so of course everybody is saying the same thing.

On March 13, Trump declared a national emergency. By the end of March, we had to shut down the economy to ‘flatten the curve’.

A lot of doctors said, ‘you know HCQ works really well’. So on April 9th, the CDC deletes guidelines for hydroxychloroquine on its website. Fauci says, ‘shut up, it doesn’t work’. Except, in 2005, he was saying it was an effective treatment of SARS coronavirus. But now we’ve got to pretend it doesn’t even exist. Why? Because Fauci’s friends in big pharmaceutical industry have some products on the way. Then we’re told there’s no way we can use HCQ.

We then had billions of dollars put aside for vaccine research and development. We gave this money to the big pharmaceutical companies who are mass producing the vaccines while having no liability for any damages. We pay for them to develop it, we pay for the product it, we use the military to distribute it, and they face no liability whatsoever. That’s a sweet deal for Fauci and his friends, isn’t it?

Then the tests were exposed as a fake. They try to push the PCR test even though the Nobel Prize-winning scientist who made it said it couldn’t be used to test for COVID. Despite this, they’re still pushing the same fake tests.

The government then spends hundreds of millions of dollars for tracing and surveillance. Because, you know, virus.

Next we’re told, ‘the masks aren’t to protect you, they’re to protect other people’. Ok, we lied about the masks because we were saving them for ourselves and our “heros”.

The next step, was to change tactics and they said, ‘forget about the fatality rate because we’re going to focus on the cumulative death rate’. Not only that, now they’re saying, ‘we’re going to release the numbers we had months ago to show we had a surge in the summer’.

Now, not only are masks effective, you should wear bandanas and scarves. Not wearing one is unpatriotic, in fact, masks should be required. First, it’s a bad idea, then it’s a good idea, now it’s required.

So they start talking more about vaccines. Vaccines are the “lifeline pipeline” we’re told. But will we ever have enough? This is how we’re going to survive! Everybody wants this but we have a limited supply! Act now! The supplies are limited!

Whistleblowers start exposing the fact that they’re lying about the numbers. (e.g. a whistleblower from collin county texas exposes that they inflated the numbers there by a factor of 15x.)

But don’t worry, because even if the vaccine doesn’t protect you, you can get multiple doses.

Related Topics:
Up Next